Our time on this planet is like a breath in the wind. And in the scope of existence, we walk here for a few brief moments. How are we living it? Is it time to reevaluate?

Watching & reading the news has been difficult lately. (Aside, of course, that I have to research it, instead of peruse. What’s real & true? What is a lie? And, how do we remember?) Not because I don’t want to know, but because of the discord, tumultuousness…and anger, that’s cycling. We’re seeing the same thing over & over. If we don’t learn from our history, it can repeat itself. Over & over. (Isn’t the definition of insanity close to that? Hmmm…)

Ignorance, whether aware or unknowingly, has the capacity to propagate shame, which over time can shift & contort to hate. It’s plaguing my mind, because I question how much of it is avoidable. We aren’t for others. Have you thought about that child trying to stand tall amongst the jeers, maybe lies, or someone not liking them simply because of who they are? How much can they take, before something snaps?

Have you ever been told something, only to discover it wasn’t truth? Worse yet, have you ever had to unlearn a once tradition? Have you ever taken action, only to realize you were on the wrong course?

Which end have you been on?

It’s awfully selfish to think we’re the only ones who matter. No matter how big or seemingly small, you can make a difference in a life today. Let’s strive to live in a world without shame or fear, without ignorance. Without the hate. If not only for ourselves, then for whoever treads the path after us. Or maybe alongside.

A good friend told me once that you only need one. One person for you. Sometimes it takes the shape of a best friend or a spouse. The unforseen mentor, who molds something beautiful in your life. But sometimes, it takes a different form. It’s the person who holds a door for you when your hands are full. The person with a full cart at the grocery store, who noticed you have one item & allows you go ahead of them. It can be the stranger who looks you in the eye and says hello, when you’re feeling down and out…and not only lonely, but alone.

I’ve wondered if one person would have stepped out in respect for another, would it have affected the other person’s outlook on life. The person who contemplated taking a life, either their own or others. The person who plotted terror or succumbed to an evil urge… Would they have been changed by one encounter?

What if it spread?

Love, respect & (inadvertently) hope unfolding something else, something amazing.

How would that make you feel? How would you feel being someone’s one person? 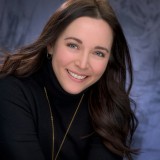 2 replies on “Reevaluating… Ourselves?”

[…] in the form of thoughts, actions and feelings. Revealing our mind and our heart, words can harness love and kindness, as well as provided comfort for children. They can capture beauty, brilliance and intelligence, […]

I also believe that a person that isn’t for someone can’t be for themselves, either. It’s so TIRING being selfish. You run out of things to care about so quickly, and things get boring even faster. Thanks for reminding me that being for someone else is one of the exquisite pleasures in this life.